The CEA Racing team started the new 2015 season in outstanding fashion, although hotly tipped as pre-season favorites the team were taking nothing for granted at the Bira International Circuit last weekend.Thorough preparations had been made in the pre-season which seemed to have paid off as Friday’s practice times were a great improvement on the previous year with the #29 car handling well.

Saturday practice went much the same as Friday, however the car could have gone faster but Thomas, a veteran in racing strategies thought it wiser to ease off the pedal and not give the rival teams any more insight on CEA’s performance. Even with the easing off the #29 car topped both practice sessions comfortably with a fastest time of 1.13.10!

Qualifying began under an overcast sky but with no sign of rain, Thomas carried on from where he left off in free practice by leaving everyone in his wake and taking pole position with another blistering time of 1.13:549, this was over 2 seconds faster than the car in second place.

As the race grew closer the skies over the Bira International Circuit became darker and darker with the preceding race run under light rain, however as the show piece of the afternoon was about to start the rain increased, officials declared a wet race, but was it really a full wet race? The CEA Racing Team conferred about the best course of action, go for a full wet set up or stay on the dry. The team agreed to change to wet tires and adjust the suspension only slightly negating the full wet set up. As the clouds gathered above the team hoped the choice was the right one.

As the lights went out Thomas suffered wheel spin due to the wet track but managed to hold first place, second place posed a minor threat in the first few corners but soon faded away as Thomas showed his superiority in the rain. Several of the chasing pack spun out of the race while Thomas began to build a lead. By lap 6 the #29 car was 5 seconds clear this grew to 7 seconds by lap 9. For the closing laps Thomas eased off and crossed the line in first place with a very comfortable gap. Thomas while consolidating his lead still managed to set the fastest lap time giving him pole position again on the grid for Race 2.

The skies at Bira had been bright all day, however as with the Saturday race as time for lights out grew closer the skies darkened. Heavier rain began to fall forcing the team to change to a full wet set up. As is the climate in Thailand things can change very quickly and this was the case, when the #29 car pulled up to its grid slot the sun was beaming and the track drying more every minute.

The team made the permissible changes to the car on the grid and hoped this would be enough to keep ahead of the chasing pack. During the formation lap the third placed car suffered fuel line problems and could not complete the lap nor start the race.

As the 5 lights went out, again Thomas suffered some major wheel-spin due to the damp track luckily the second placed car suffered just as much. Thomas tentatively went through the first few corners to find the optimum grip, by the end of lap one Thomas was already 2 seconds ahead.

The second placed car fell away in dramatic fashion due to their wrong choice of setup which resulted in them finishing in last place, this left Thomas with such a big gap he had the option to relax, however Thomas is a Danish born racer and easing off is not something he tends to do!! Although he conserved the engine and the tires he still managed to push on for the remaining laps crossing the finish line a mammoth 9 seconds clear of second place. The victory was made so much sweeter as the senior management of the cars main sponsor CEA Project Logistics were all in attendance to enjoy the race.

CEA Racing had performed a clean sweep and the perfect weekend

CEA Racing have now amassed 33 points in the drivers’ championship

The team would like to thank all their sponsors, back room staff, and mechanics and further thanks to all who attended over the two days and supported the team. CEA Racing will next be in action at the Chang International Circuit Buriram, racing for the Thailand Super Series May 8-10. 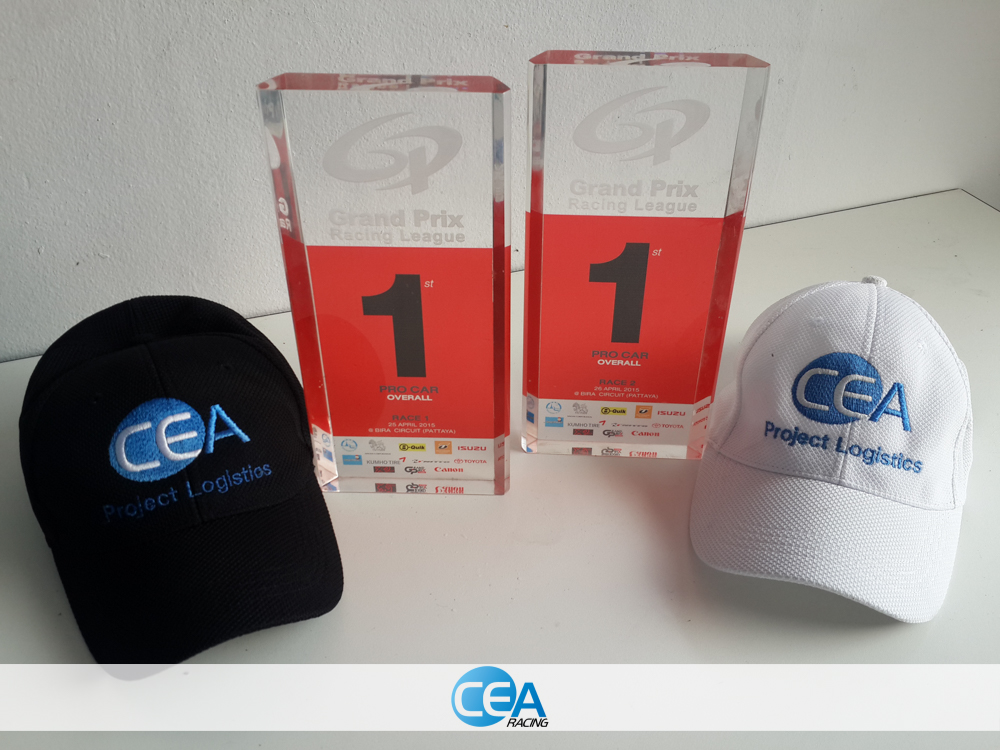 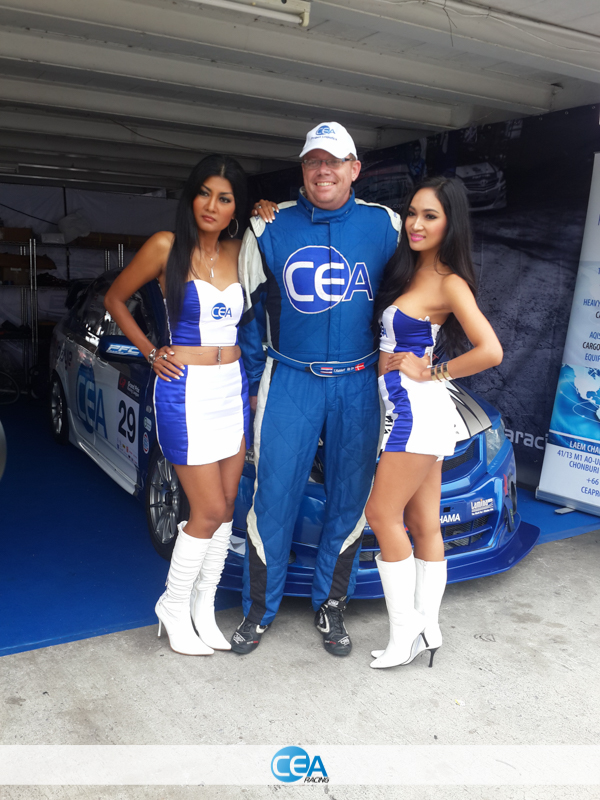 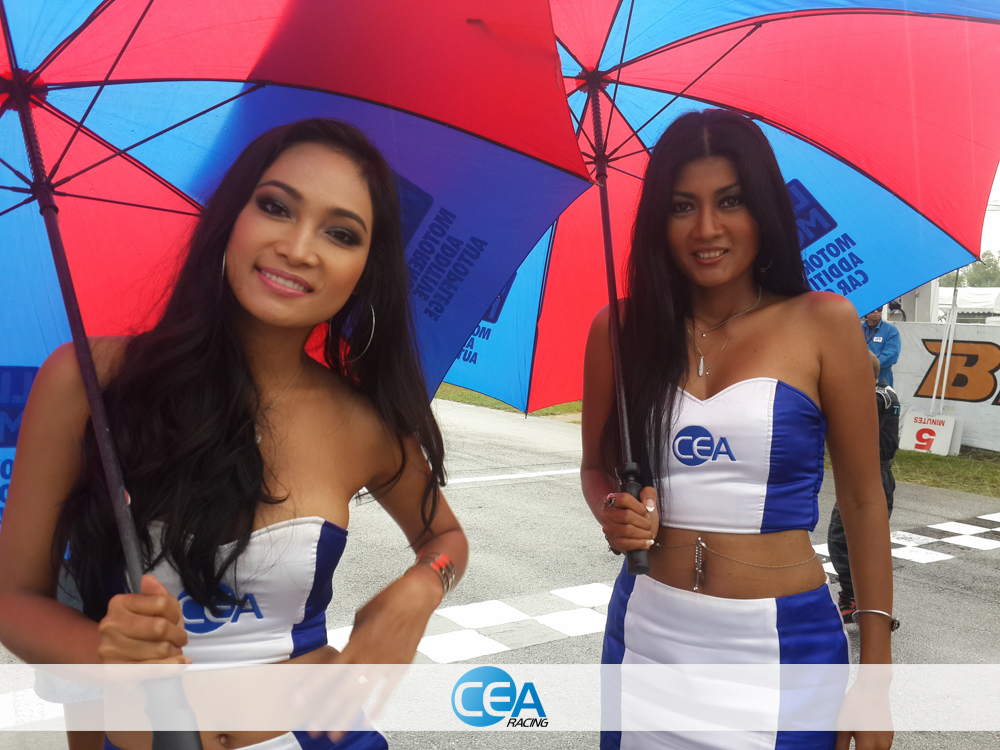 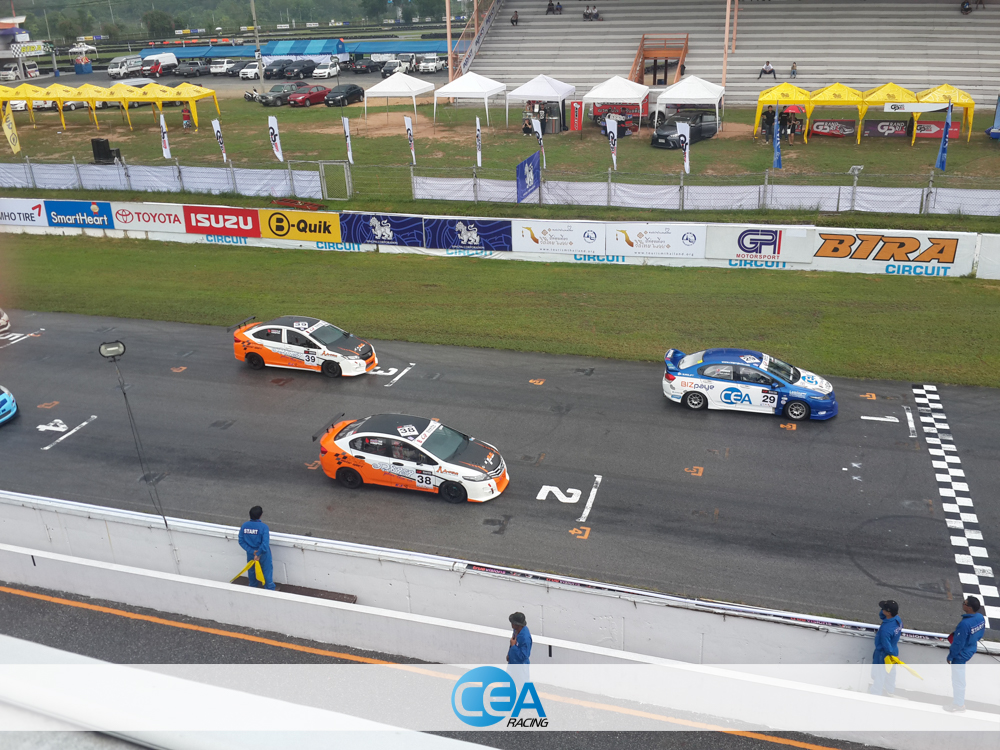 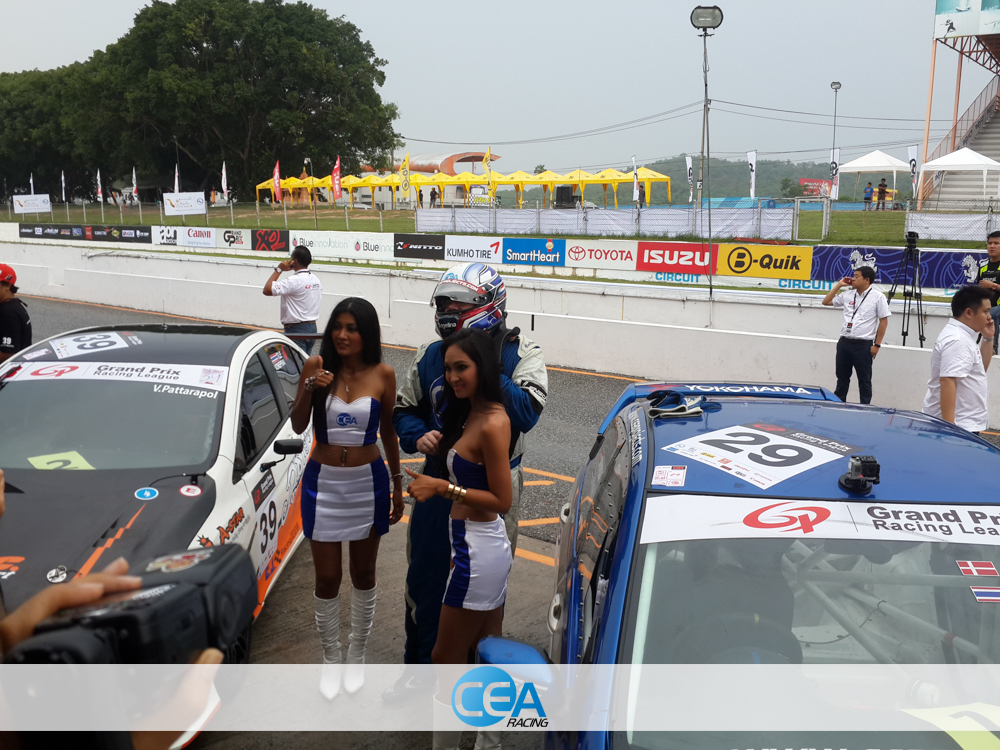 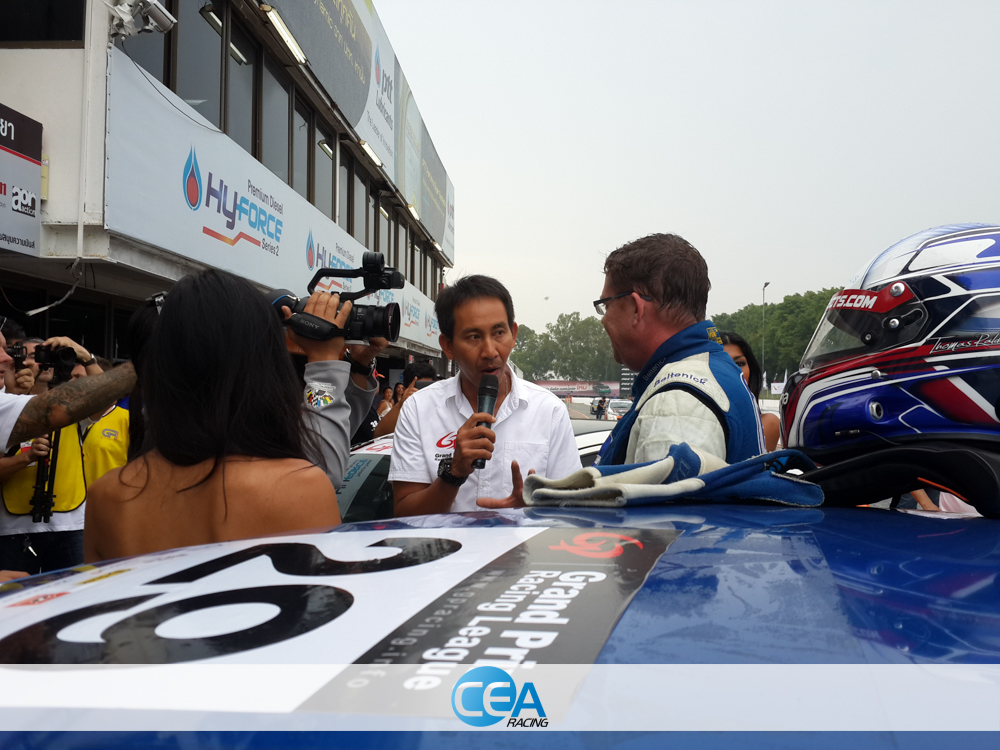 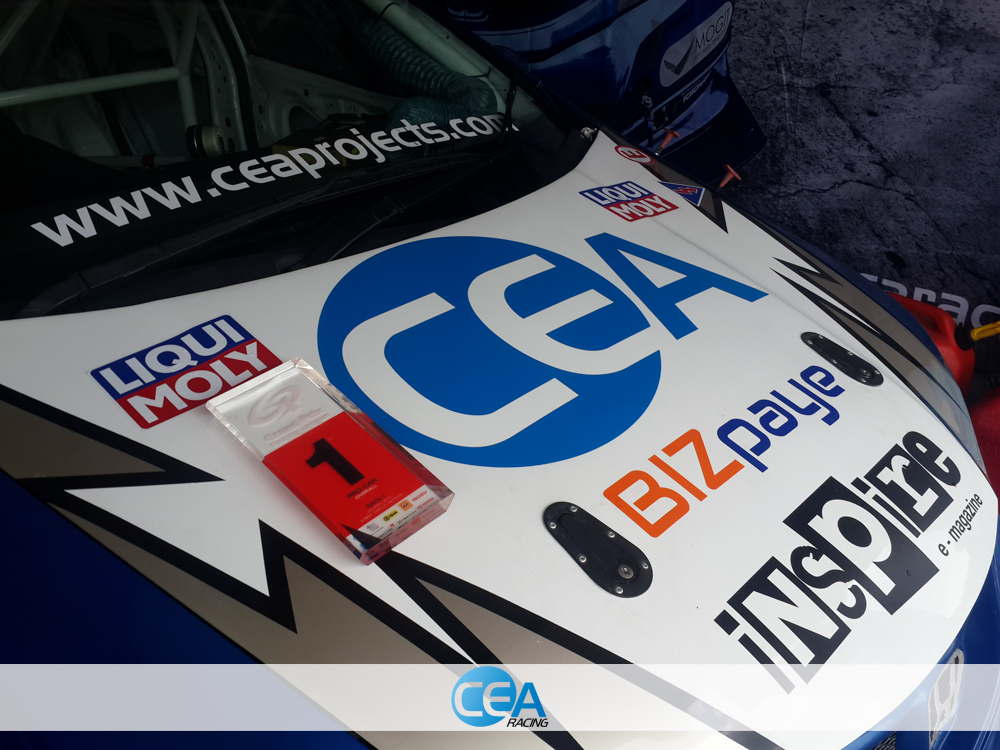 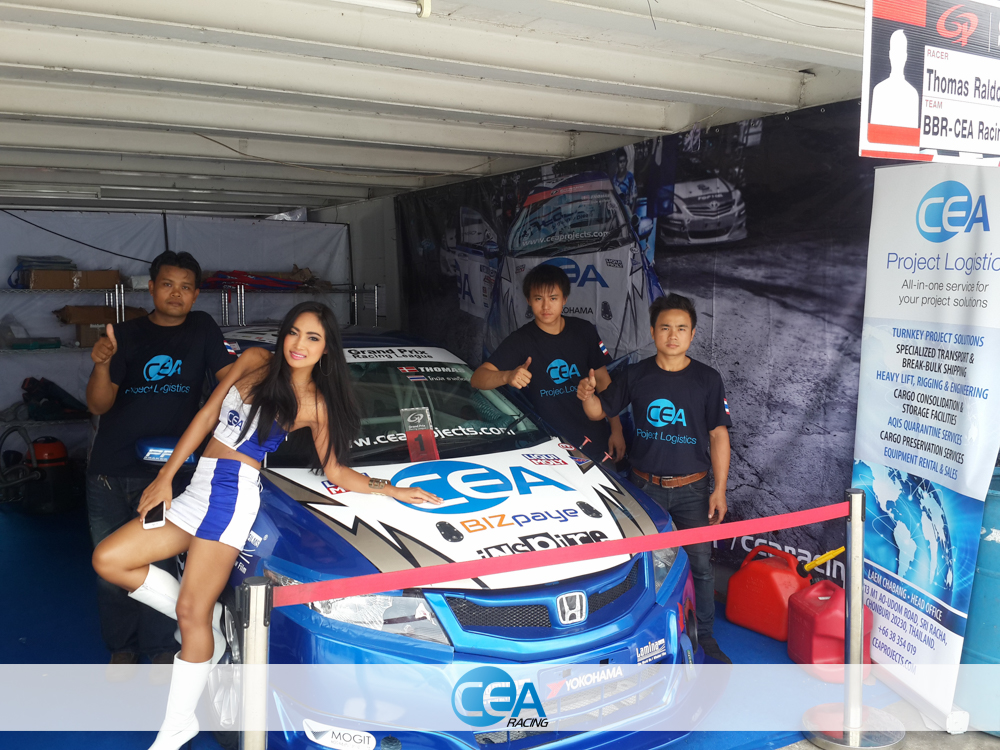 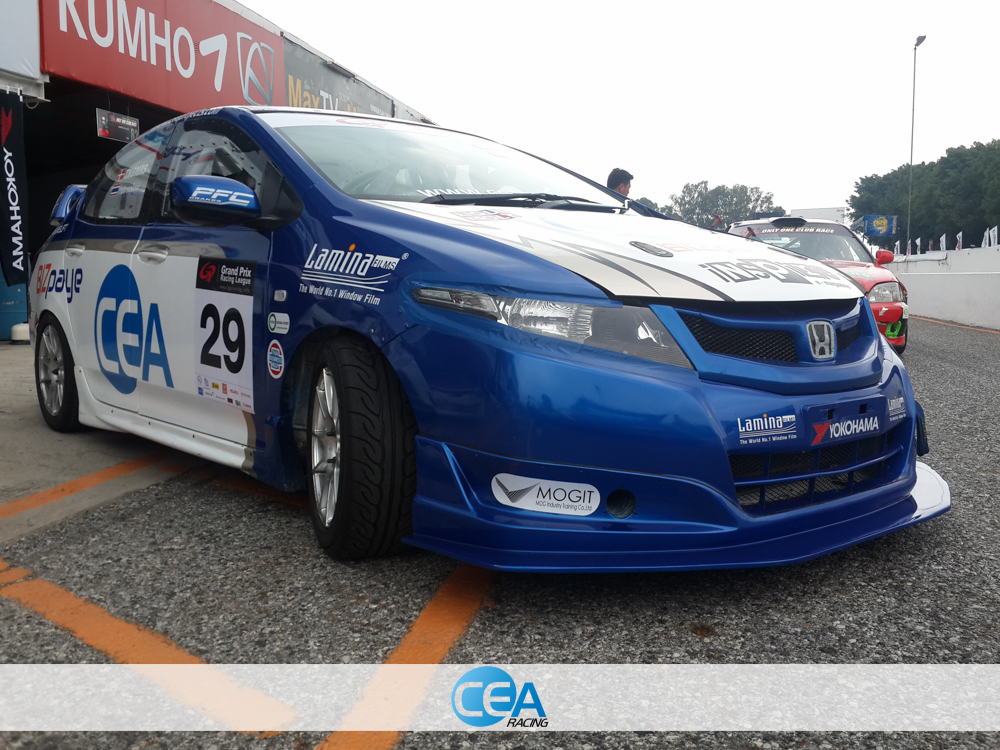 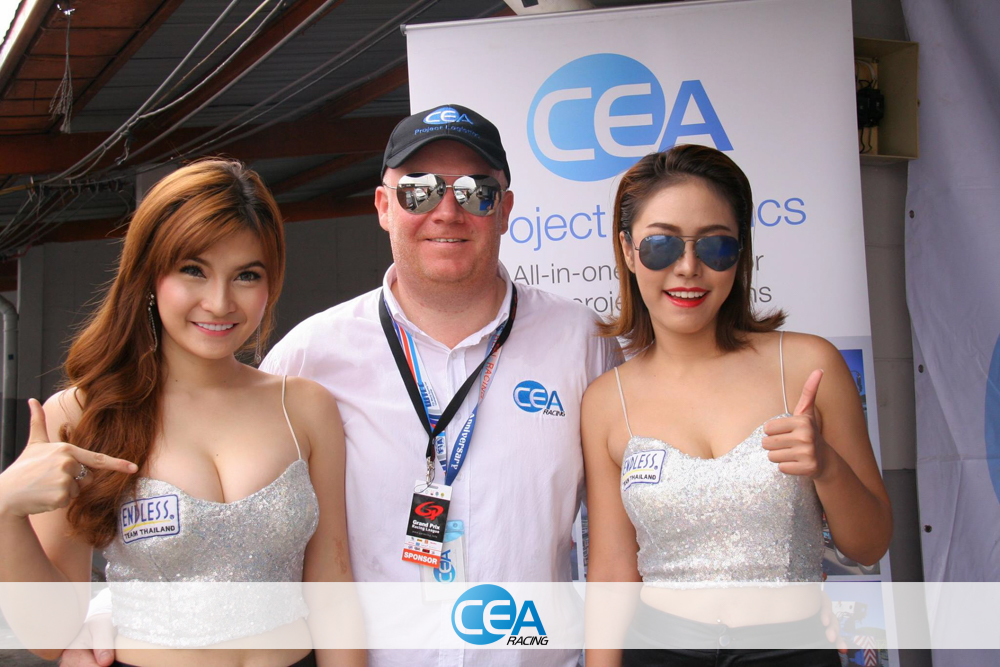 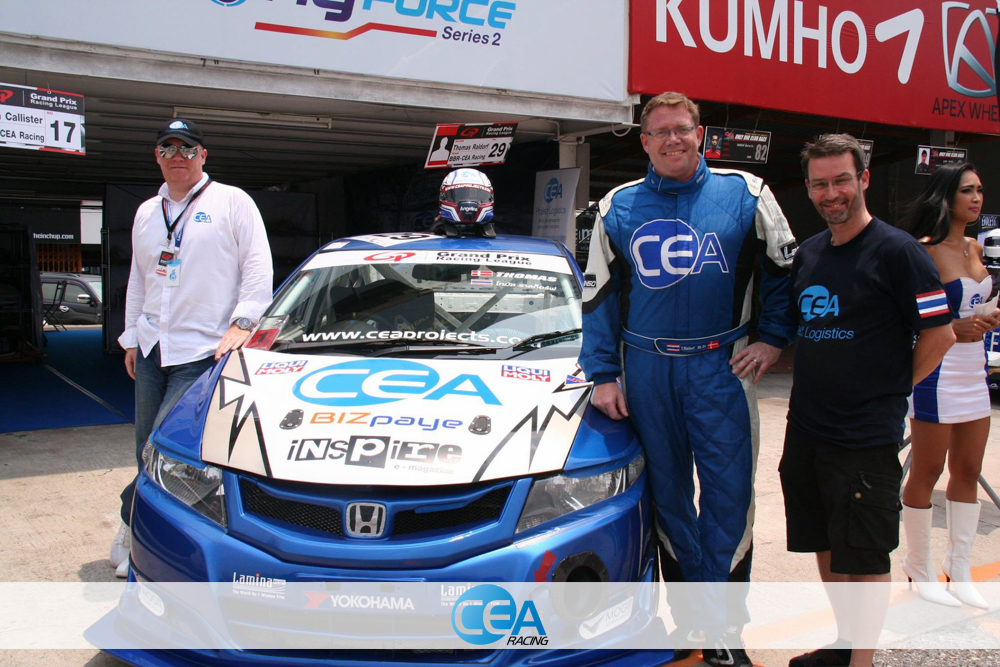 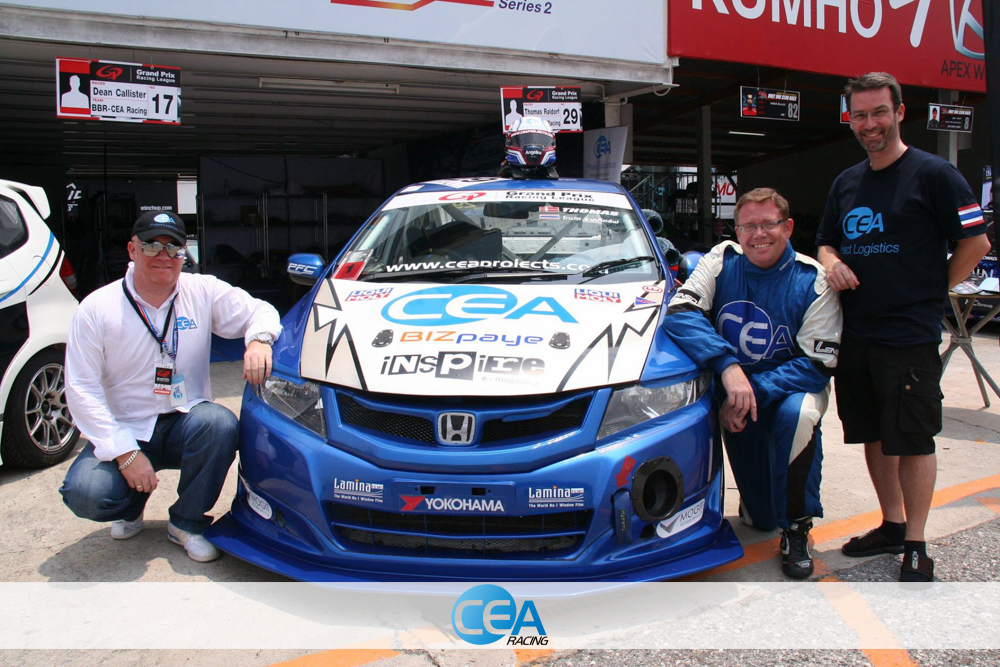