CEA Racing were back in action in the Grand Prix Racing League at the Chang International Circuit in Buriram province.

The CEA Racing teams’ previous visit to Buriram in the Thailand Super Series hadn’t gone to plan so this was now the chance to make up for that disappointment. Thomas made his intentions clear during qualifying taking pole position with ease 6/10ths of a second faster than his main rival. His time of 2:07.4 was a real achievement considering the car had an extra 30kg added after the double win at Bira last month.

As the lights went out Thomas seemed to get bogged down at the start and found himself in 2nd by the time they reached the first corner. However on the main straight Thomas regained the lead and after 2 laps was nearly 3 seconds clear of the field. As the laps went by Thomas started to slow as the engine was losing power this gave the number 7 car driven by Khun Sorn the perfect opportunity to catch the blue blur!

During the final three laps a four wheel dog fight ensued with the lead changing hands on a number of occasions, but in the end the #29 succumb to the fully powered #7 car right on the last lap, Thomas attempted one final move at the last corner but aborted and settled for 2nd place and more valuable championship points. Thomas also got the 2nd fastest time putting the car on the front row for race 2. As soon as the car was released from Parc Ferme the mechanics got to work on the engine to try and find the cause for the loss of power.

The CEA Racing mechanics had worked through the night and most of Sunday to make sure the engine issue was rectified. Thomas had complained that during Race 1 some of the gears were crunching slightly, so to avoid any possible breakdowns the gearbox was taken out and worn gears replaced. All the work on the engine and the gears was completed just 30 minutes before the start of race 2.

As the #29 car left for the grid all seemed well, however as Thomas pulled up to his grid slot and got out of his car things were not as they seem. The throttle was malfunctioning causing a substantial loss of power, the mechanics frantically surrounded the car to see what the issue was, with only minutes to spare the cause of the problem was found and fixed, a huge sigh of relief was given by the whole team and fans who had travelled to Buriram to watch them race.

After a few words of encouragement for Thomas, the team and the mechanics cleared the grid, as the lights went out Thomas made a great start and slotted in right behind the lead car of Khun Sorn, at turn 3 Thomas took the longer outside line giving him the inside line for turn 4 and took the lead. By the end of the lap 2 the gap was already 2 seconds. On Lap 4 the chasing driver Khun Sorn had to retire from the race when his clutch failed which left him unable to select any gears, this left #29 car 8 seconds clear of the chasing pack. Thomas eased off in the final stages of the race and comfortably crossed the line well ahead of the field.

The weekends results mean CEA Racing now have a commanding lead in both the drivers’ and team championship with four races left to go. A special mention must be made for Dean Callister who drives for the CEA Sister Team for bringing home his Honda Jazz in first place which puts him top of his respected drivers’ championship.

The CEA Racing team will have a well-earned rest now as the championship takes a summer break, during this time the car will be overhauled ready for the second part of the season. 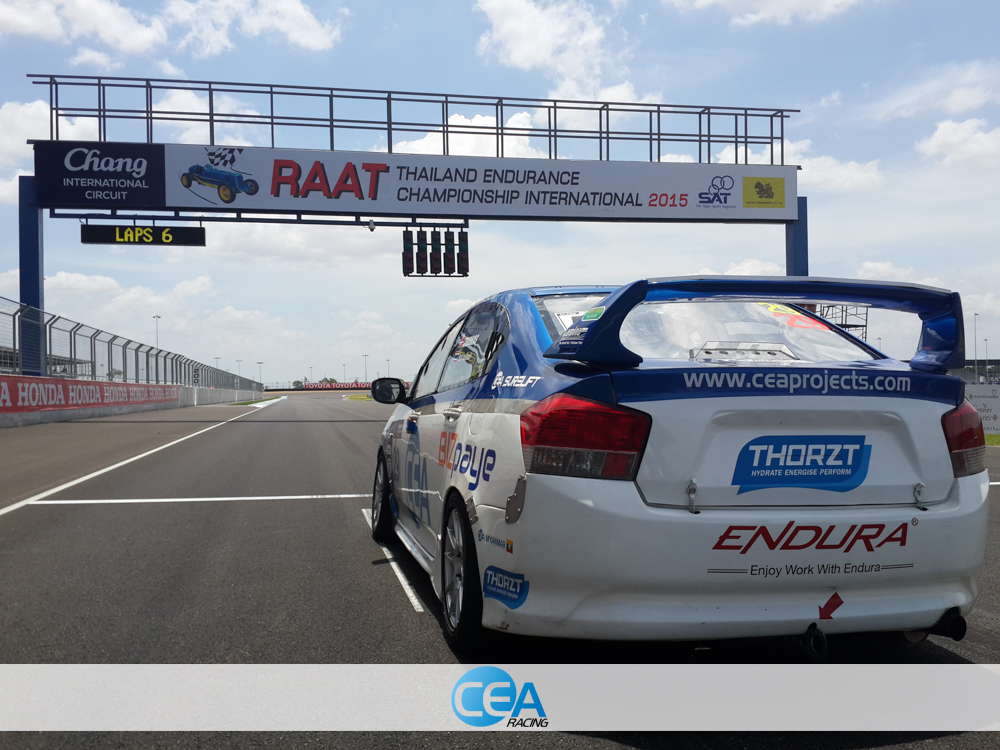 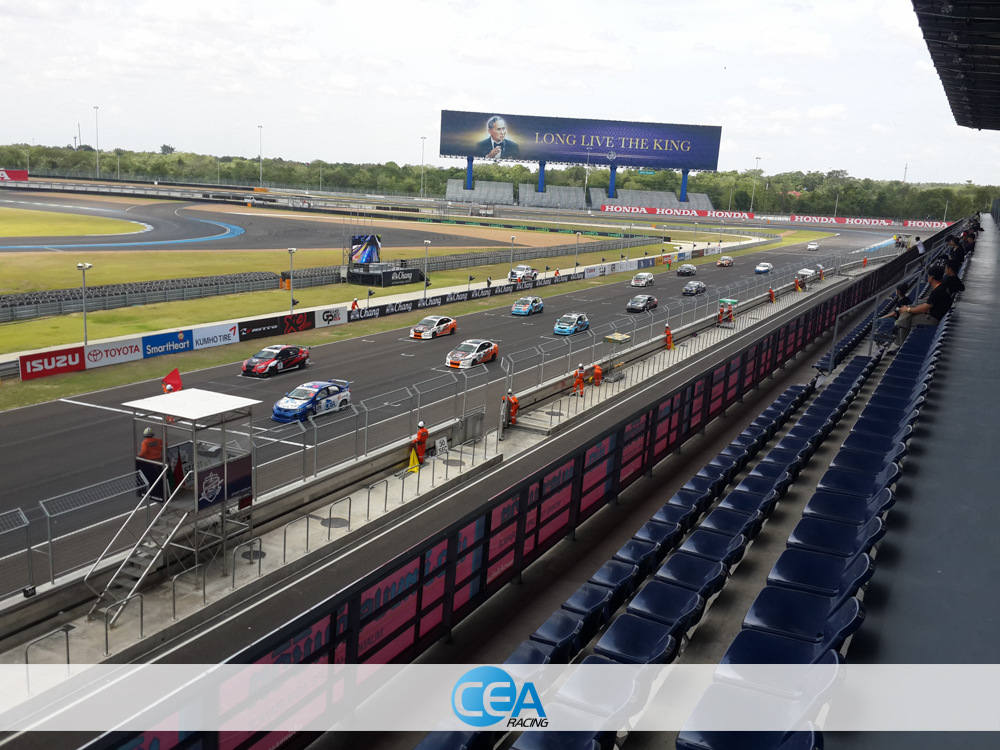 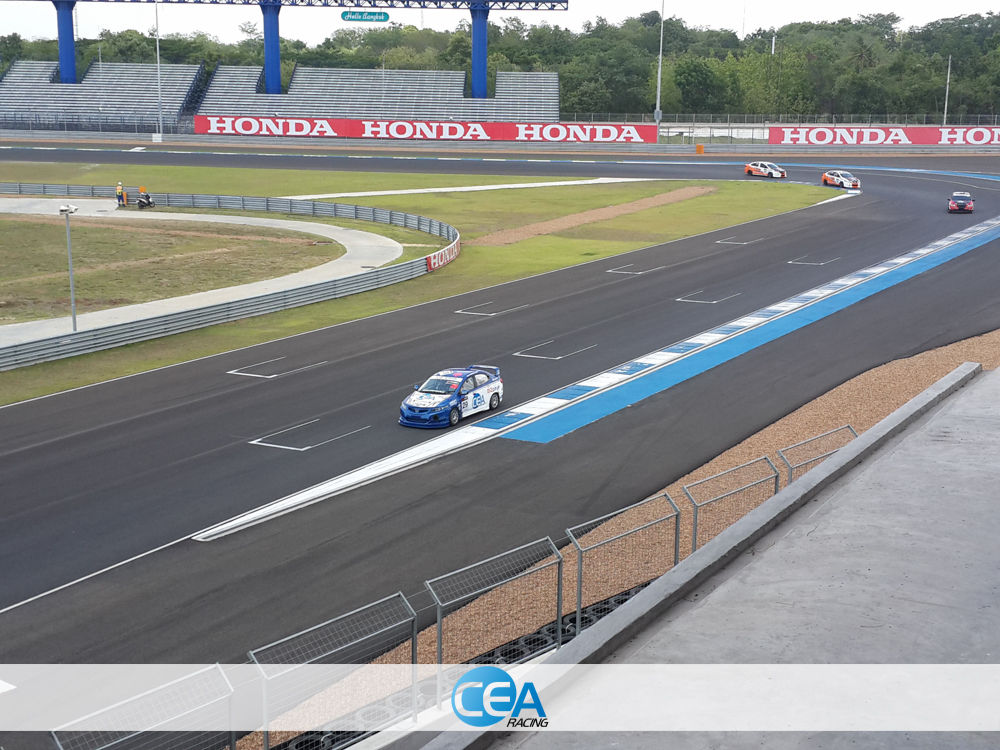 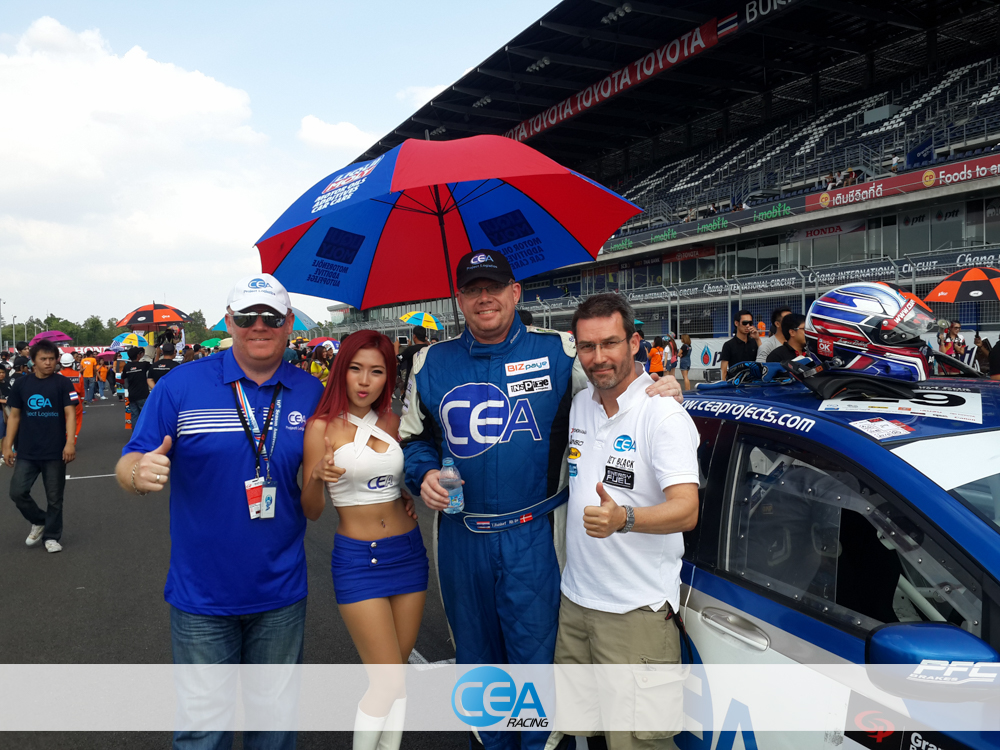 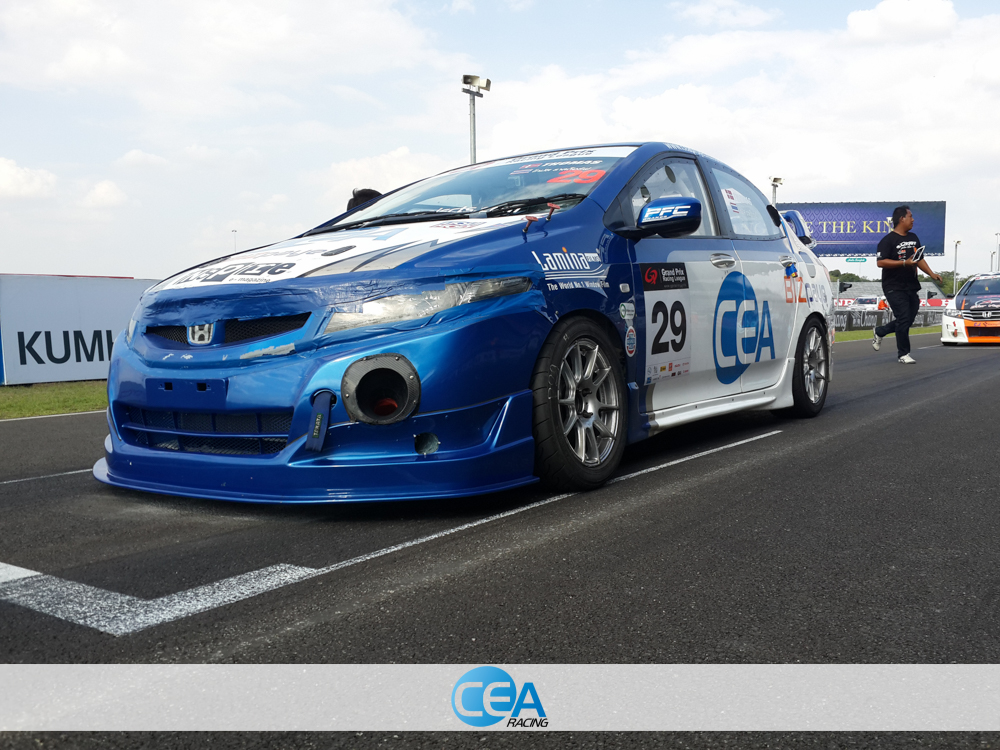 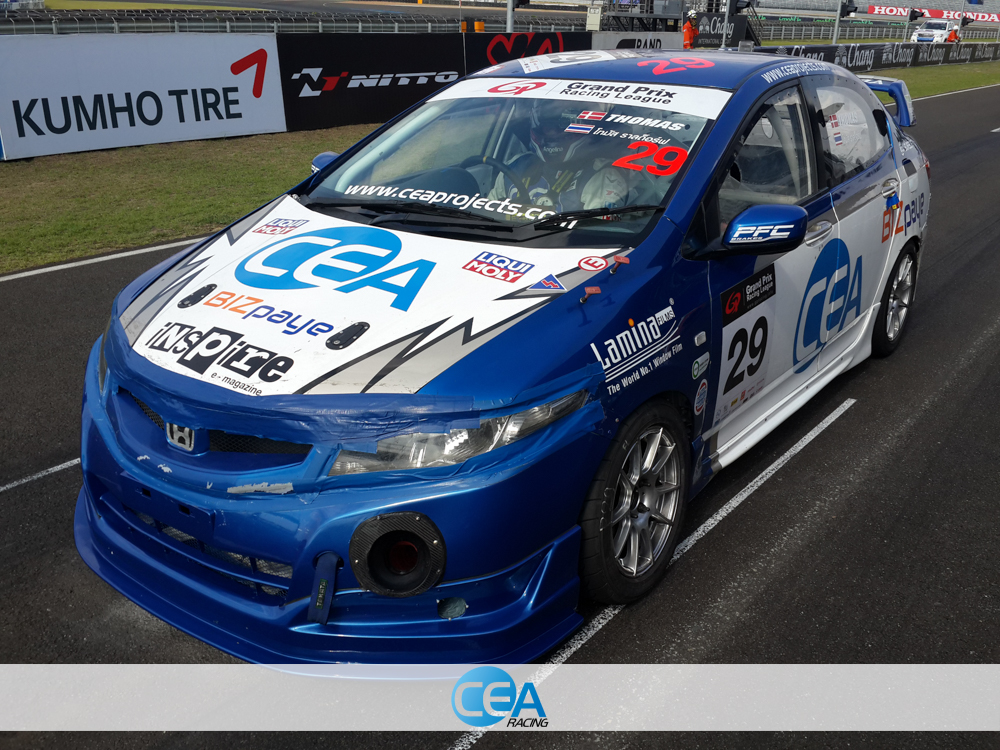 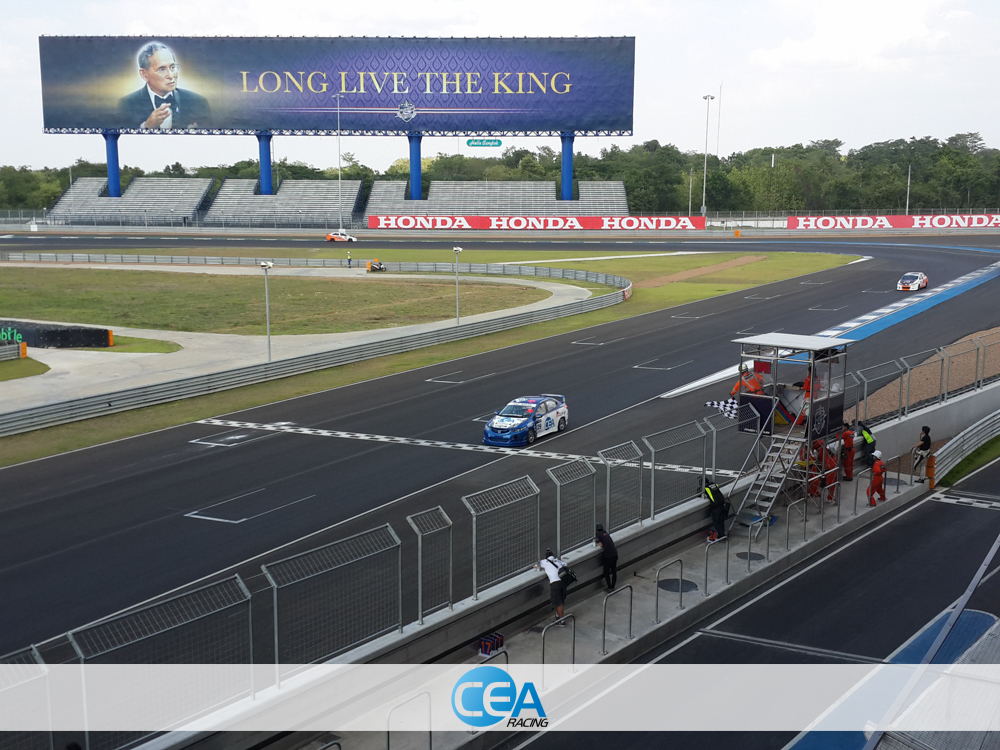 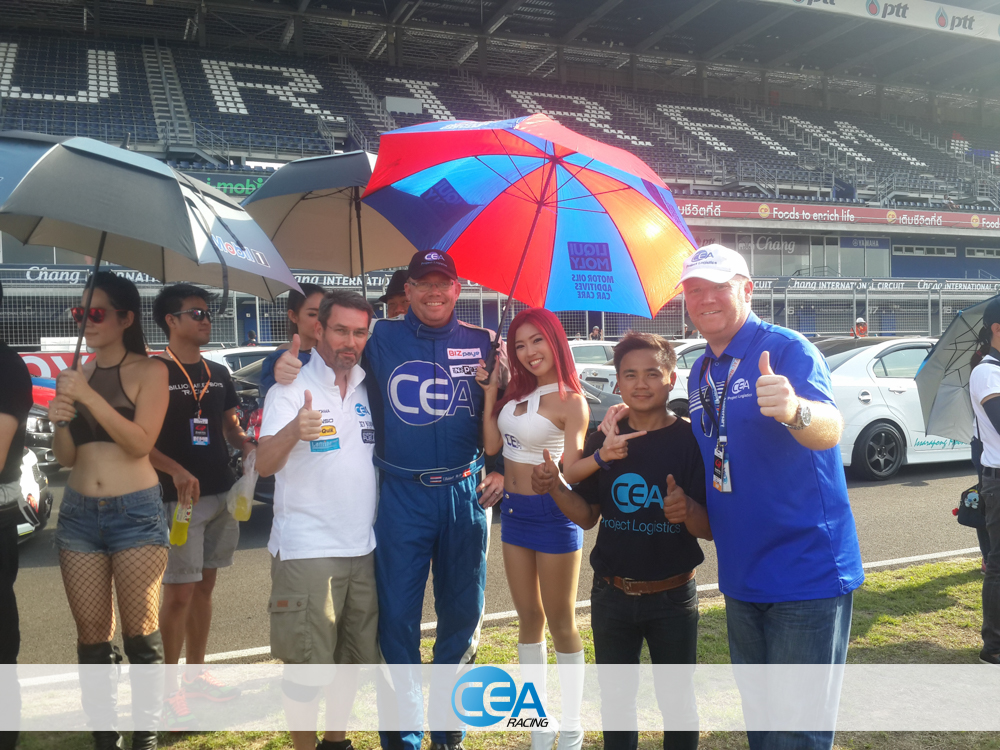 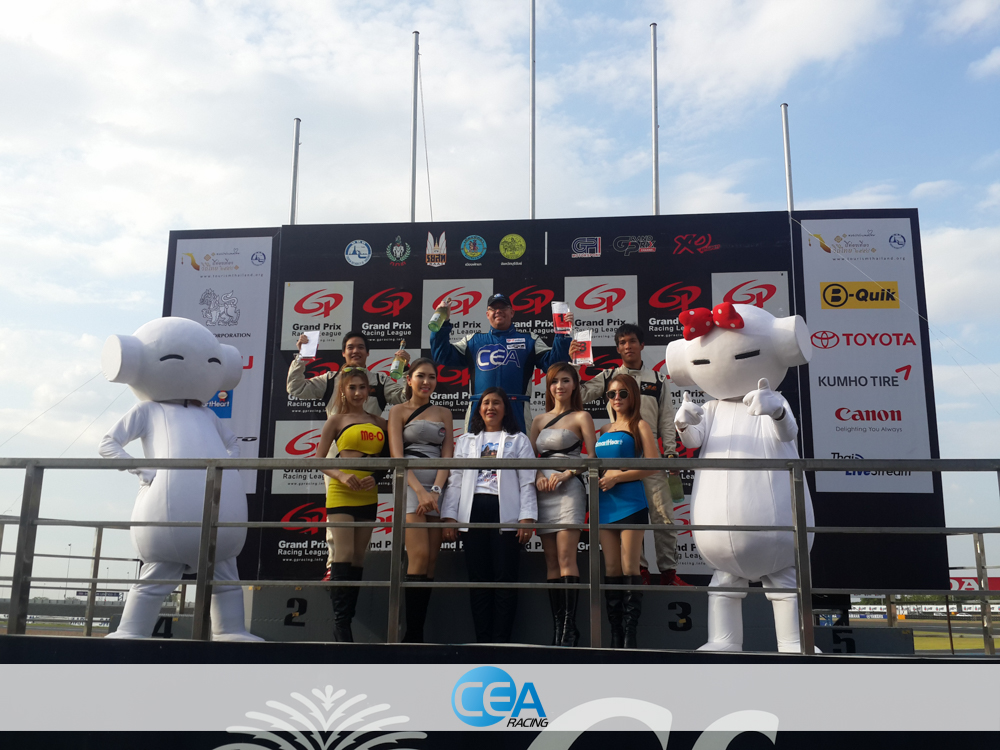 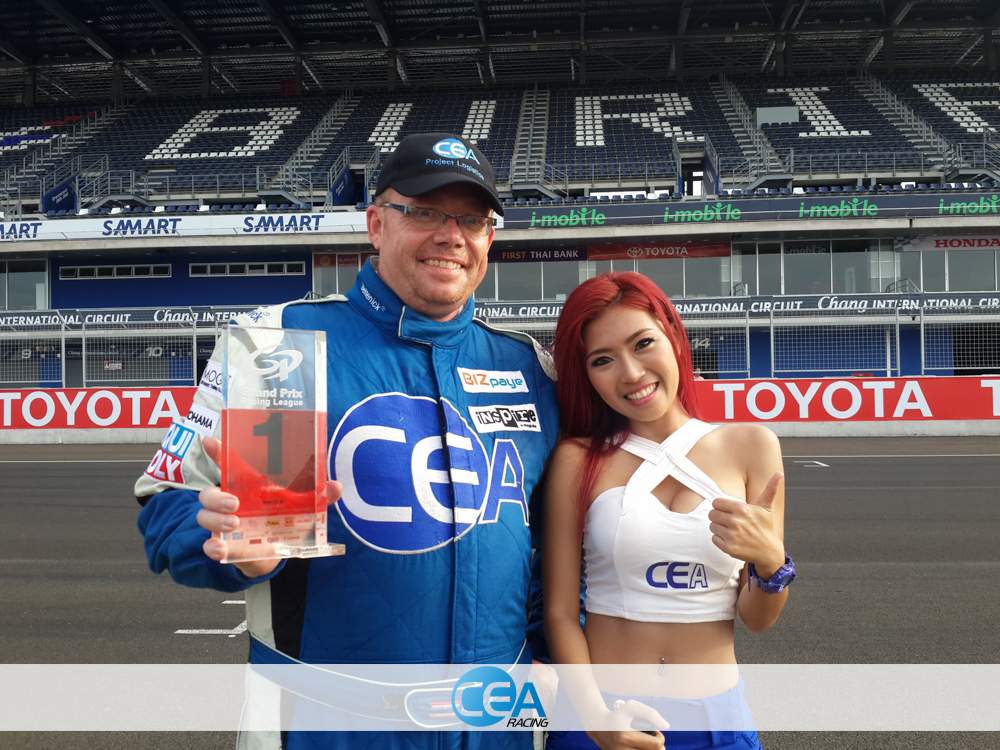 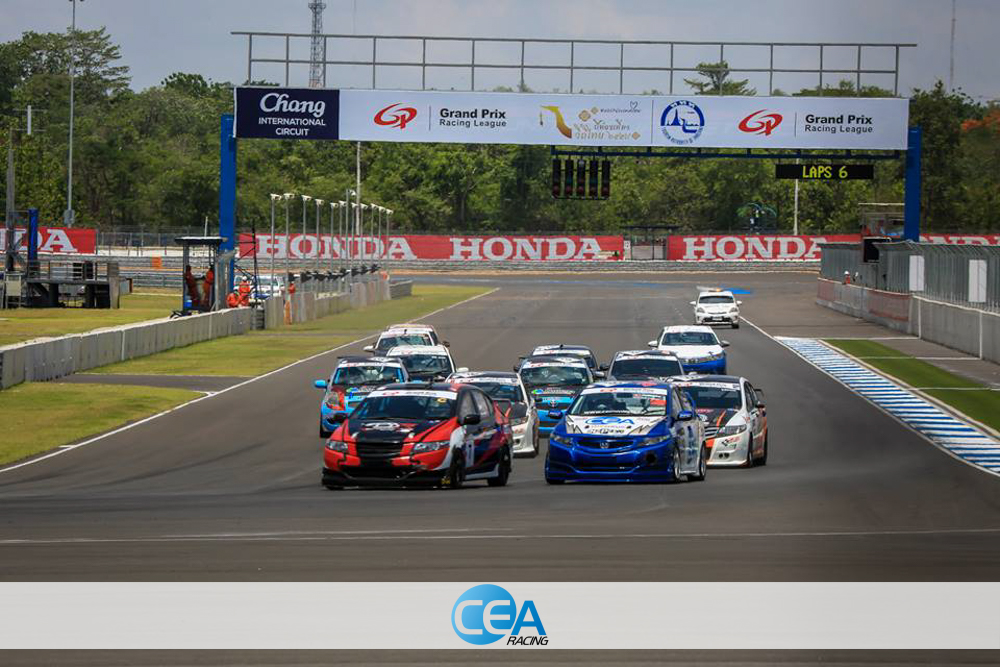 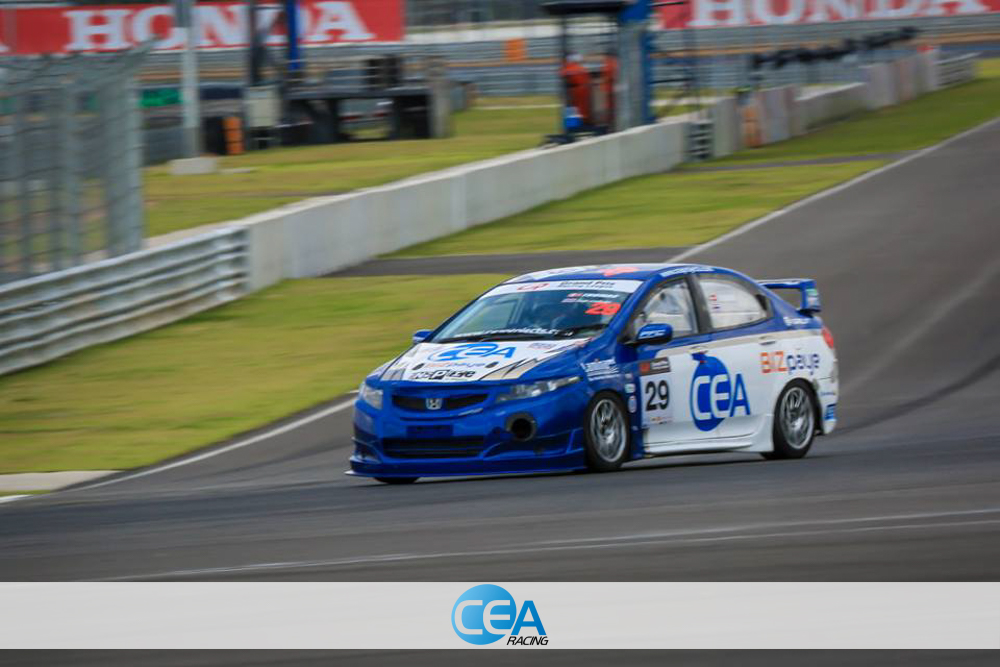 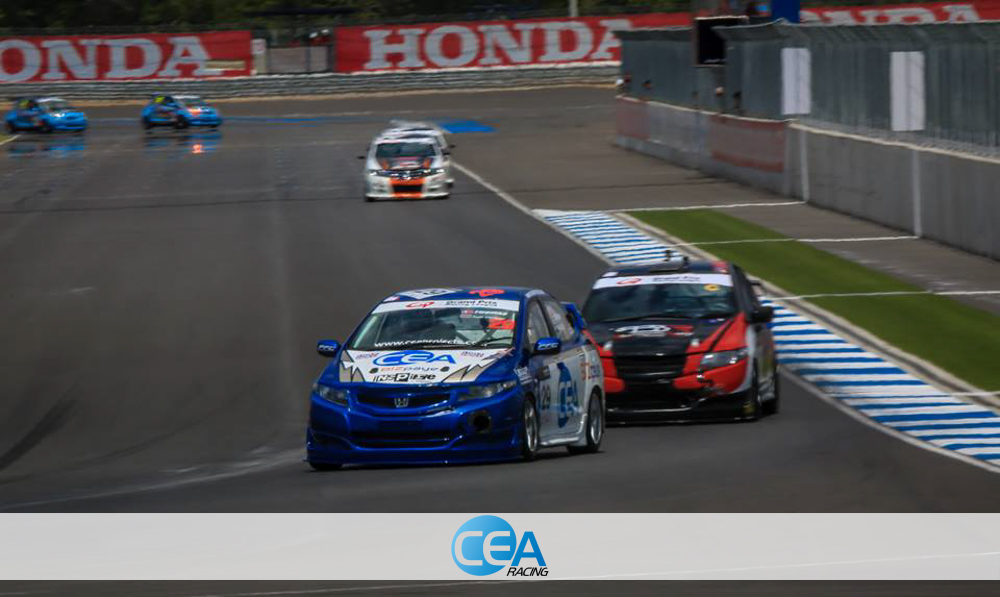