CEA Racing – All In A Spin

The CEA Racing Team competed last weekend in Buriram for the first meeting of the season of the Thailand Super Series (TSS).

Fresh off the back of a double victory in the Grand Prix Racing League the team were in high spirits and ready for the next challenge. During the off season the TSS regulations had changed resulting in the installation of a new engine for the #29 car. During midweek practice it was soon realised that the new engine was having overheating problems. Without wanting to gamble the team decided to install another engine.

As Friday qualifying began the team were confident of a positive result, this was the case when Thomas set a blistering new Lap record around the Chang International Circuit taking pole position for race one. However race one did not pan out as predicted….

As the drivers jostled for position Thomas was forced off the track several times and dropped further and further down the field. After the excitement of the opening laps Thomas began his charge. Unfortunately during the initial chaos the #29 car suffered heavy damage to the bumper and front splitter, on lap 6 it disintegrated causing collateral damage to the radiator. With a damaged radiator the engine temperature was of akin to the depths of hell! It was decision time for Thomas, should he pull over and retire from the race and start from at the back for race two? Or risk destroying the engine and still start from the back in race 2 but pick up some valuable points for race one? Thomas is a racer at heart and there was only going to be one outcome…PUSH PUSH PUSH!

On the final lap with all alarms beeping and blinking and the engine about to meltdown and become an expensive coffee table Thomas was preparing an overtaking move for the lead of the race. Once again it didn’t go as planned! Another driver unfortunately went wide and off the track and lost control of his car, as he came back onto the track he hit the CEA car causing Thomas to enjoy a dizzy sensation as the car span out of control.

Thomas got going again, but finished the race in 4th place and had to stop out on track during the slowdown lap as the engine had packed its bags and left. Stewards decided that it was nothing more than a racing incident and no penalties were issued to the offending drivers. Ironically the driver involved in the final lap incident now leads the Championship.

In Race two Thomas incurred the grid penalty for changing his race engine during the event, as stipulated in the regulations Thomas would now start from a lowly 20th. Before race two began Thomas walked the grid and warned everybody that a certain blue blur would be seen in the mirrors and no prisoners would be taken as he attempted to make up places in the early laps. On lap one there was the usual mayhem at the back of the grid and Thomas again spun out while trying to pass some of the slower cars, now back in 28th position and 10 laps to go, the air inside the car was filled with Danish expletives!

Thomas started flashing his lights to warn all as he forced his way up the field, drivers not wanting to feel the wrath of a mad Danish man left the door open and waved him through without any issues. With only five laps to go the overheating engine from earlier in the week was also going critical which meant a loss in power. Welcome relief came for both car and driver when the safety car was deployed on lap six allowing his engine to cool down and regain some power. When the safety car came in Thomas responded by setting the fastest lap of the race while overtaking several cars and moving into 3rd place overall. Now with only two laps left he chased the cars leading his class and he was catching them at an alarming pace, however the distance was too far and he consolidated his 3rd place with some valuable championship points and an engine that still works!

After the first TSS meeting of 2015 CEA Racing now sit 3rd in the championship the team will return to Buriram again for the next round of the TSS weekend of July 24-26th
Again Buriram is the next port of call for the team as they return to action in the Grand Prix Racing League on the 23rd and 24th May. CEA will look to build on their already commanding lead and hope for less of a roller-coaster ride than last time! 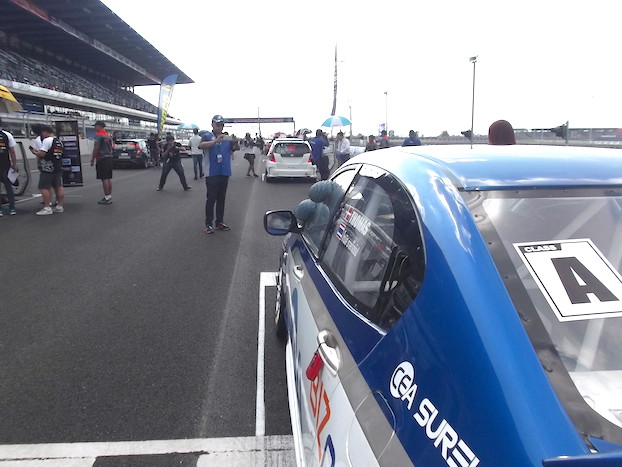 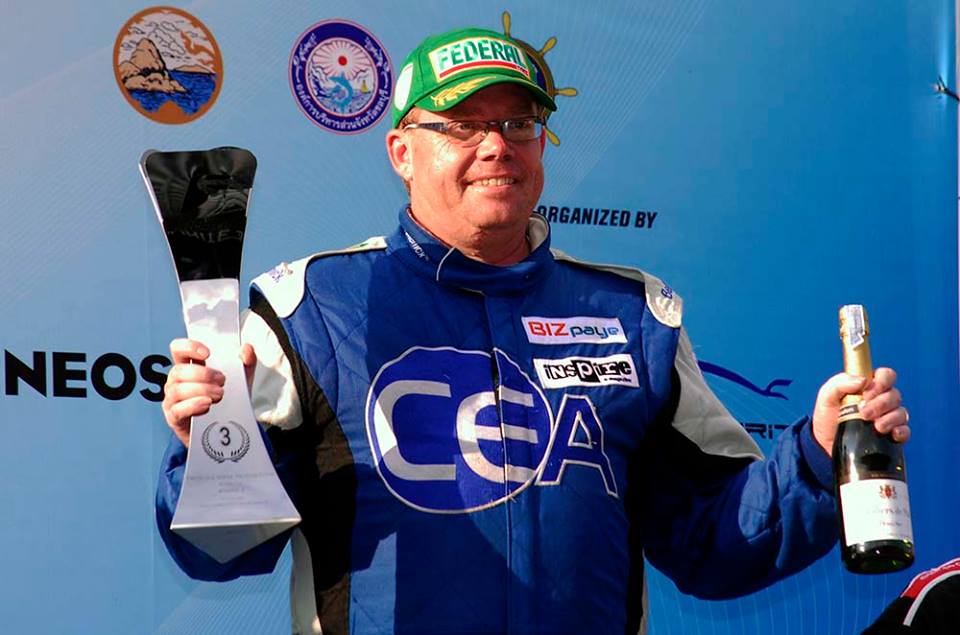 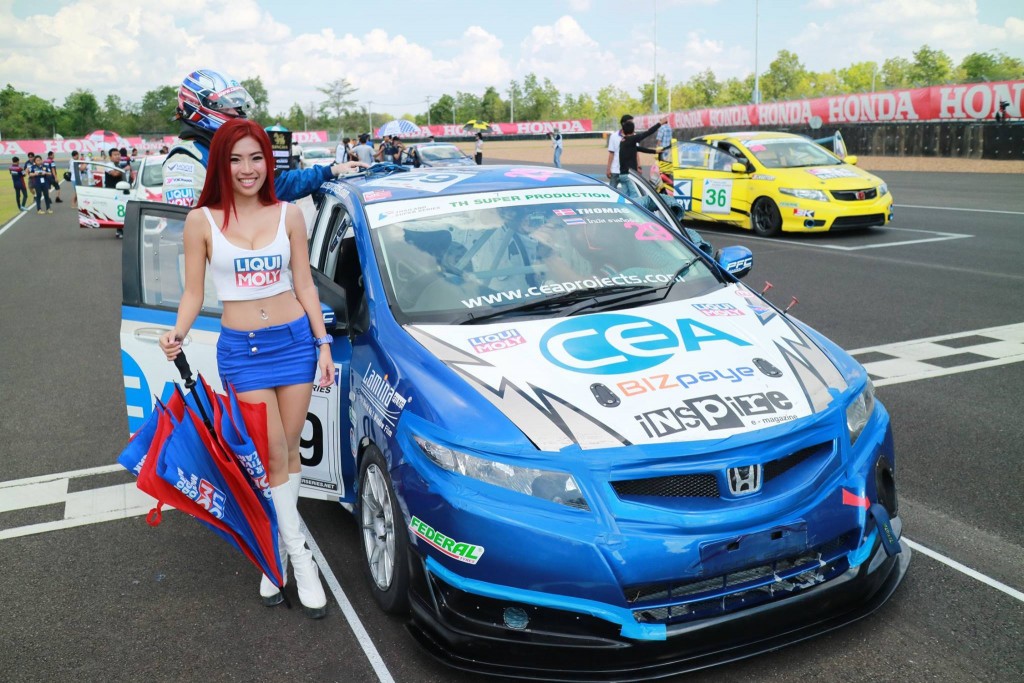