Last year CEA Project Logistics were employed to assist the Royal Thai Navy in the transportation and shipping of a USD multi-million Seahawk Helicopter. This project was executed with the utmost efficiency with all parties involved being very happy with the outcome. Such was the professionalism of the teams at CEA and the impression they gave, the Royal Thai Navy once again employed their service and assistance on a very similar project.

For this project, another Seahawk helicopter was to be transported and shipped to Australia for maintenance and repairs.

CEA teams, Royal Thai Navy personnel and representatives from the maintenance company convened at Utapao Airport in Rayong province Thailand to begin the project. As with all projects, CEA conducts a tool box talk was given to the teams to explain the lift and rigging plan for the day. Rigging equipment was then prepared while another team set up a safe exclusion barricade for the operational activities. Personnel from the Royal Thai Navy carefully moved the valuable cargo into position for the lift.

Two Modular spreader bars were assembled with the required nylon slings attached, these were then attached to the waiting 55 T mobile crane. The slings and shackles were attached to the designated lift points on the Seahawk, with the fuselage of the helicopter being protected by use of sling pads. Chain blocks were used to make precise alterations to the lift to ensure that the helicopter lifted level.

As the helicopter rose from the ground a Drop-Deck Air Ride trailer was placed underneath, the Seahawk was lowered onto the trailer and secured in her slots. All slings and shackles were carefully removed and the rigging team went to action securely lashing down the helicopter readying her for the journey to CEA HQ in Laem Chabang.

Upon arrival at CEA the Seahawk was transported to one of their main warehouses and removed from the trailer. After all checks were complete a CEA Shrink Wrap team set to work enveloping the whole helicopter in an industrial grade shrink wrap that will protect the Seahawk from the corrosive effects the elements can produce during transportation.

The Aircraft was transported again on the Drop-Deck Air Ride Trailer to Laem Chabang Port where a Mafi Trailer was awaiting. Prior to loading the Mafi was thoroughly cleaned and sprayed with Cislin 25 to negate any issues with Australian DAFF/AQIS authorities upon arrival. As the fore wheels were wider than the Mafi a steel plate extension was fabricated by the CEA team for a safe and secure load. The Aircraft was safely loaded onto the Mafi and professionally lashed by CEA under the close supervision of a 3rd party marine surveyor.

After she was loaded, a tug master pushed the Mafi and aircraft into place on the RoRo vessel where it was safely secured for the transit to Australia. Hats off to the CEA team who once again handled another multi-million USD shipment without incident. 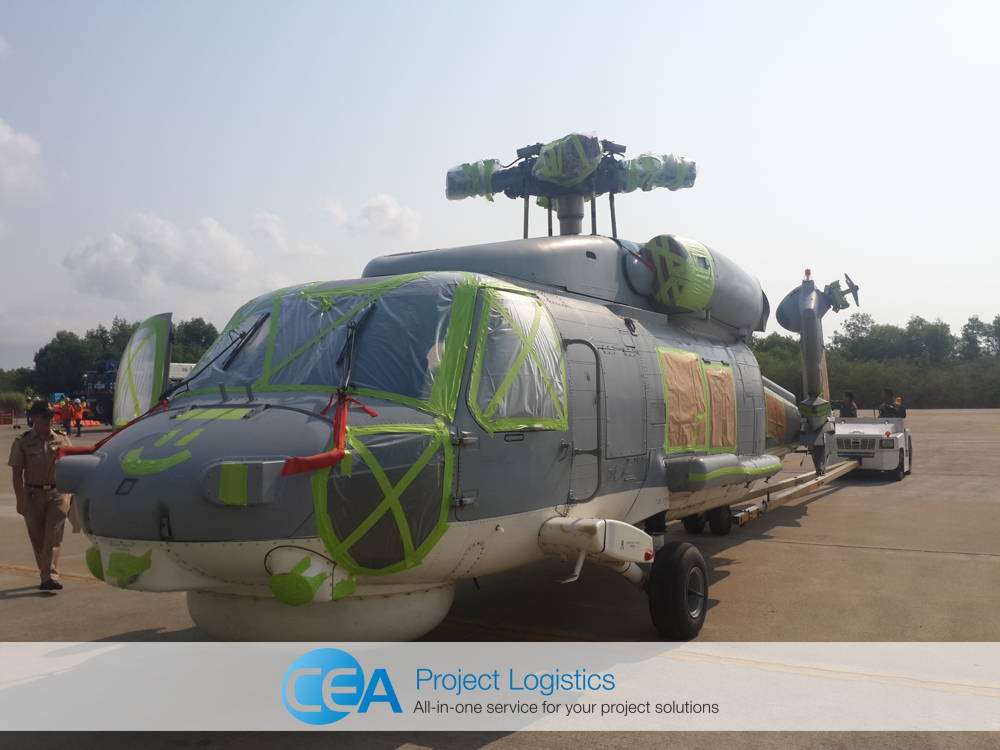 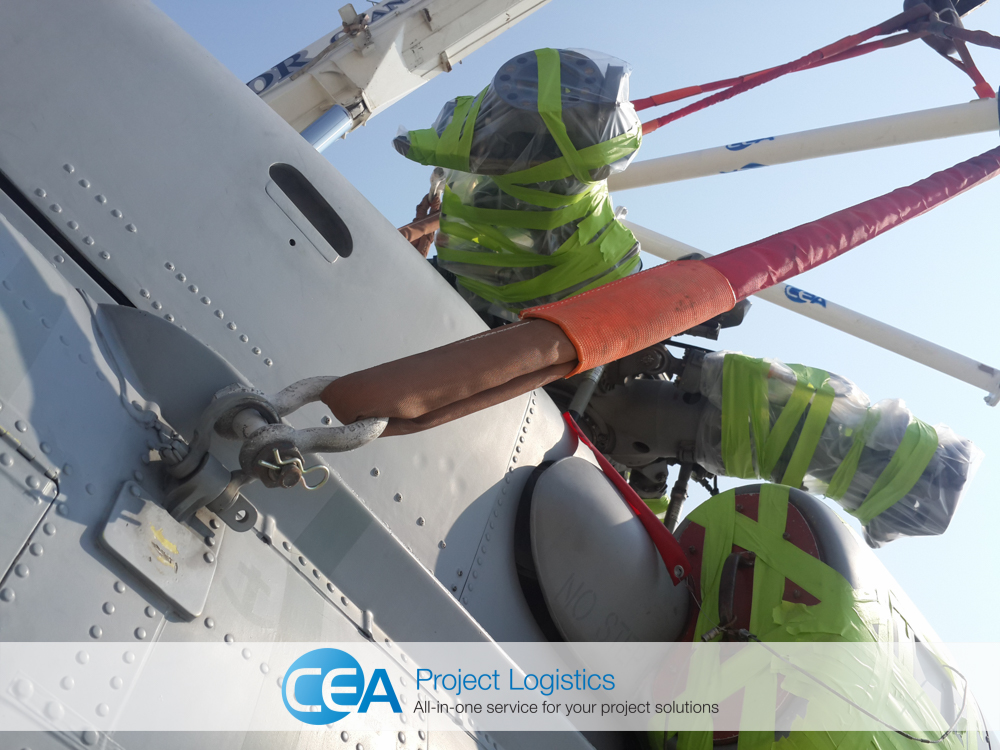 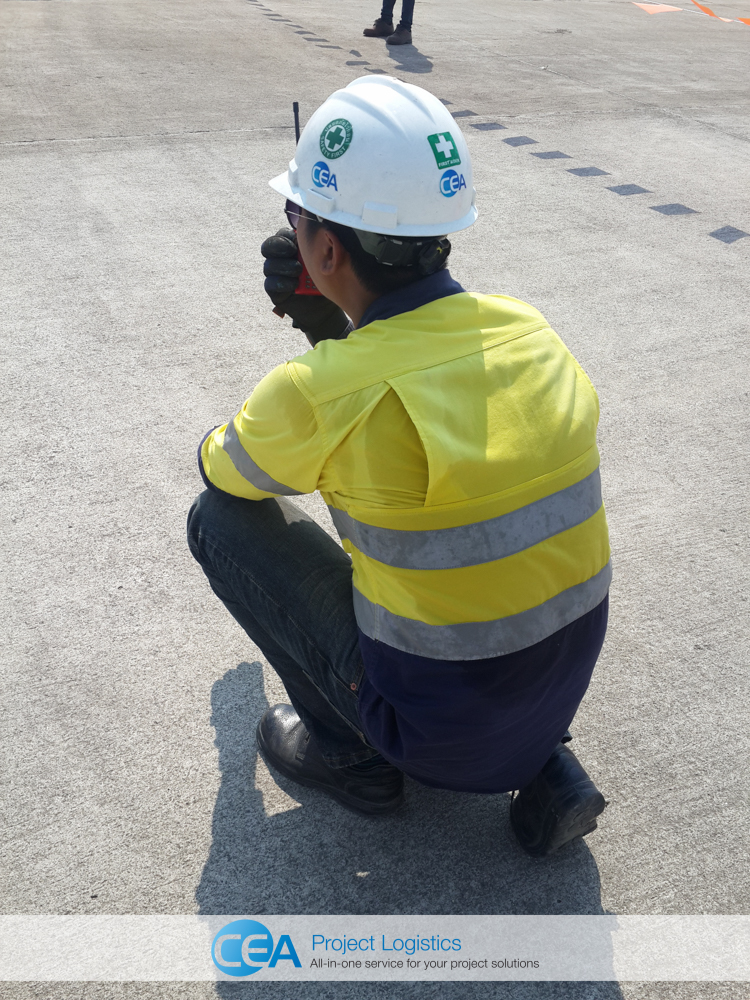 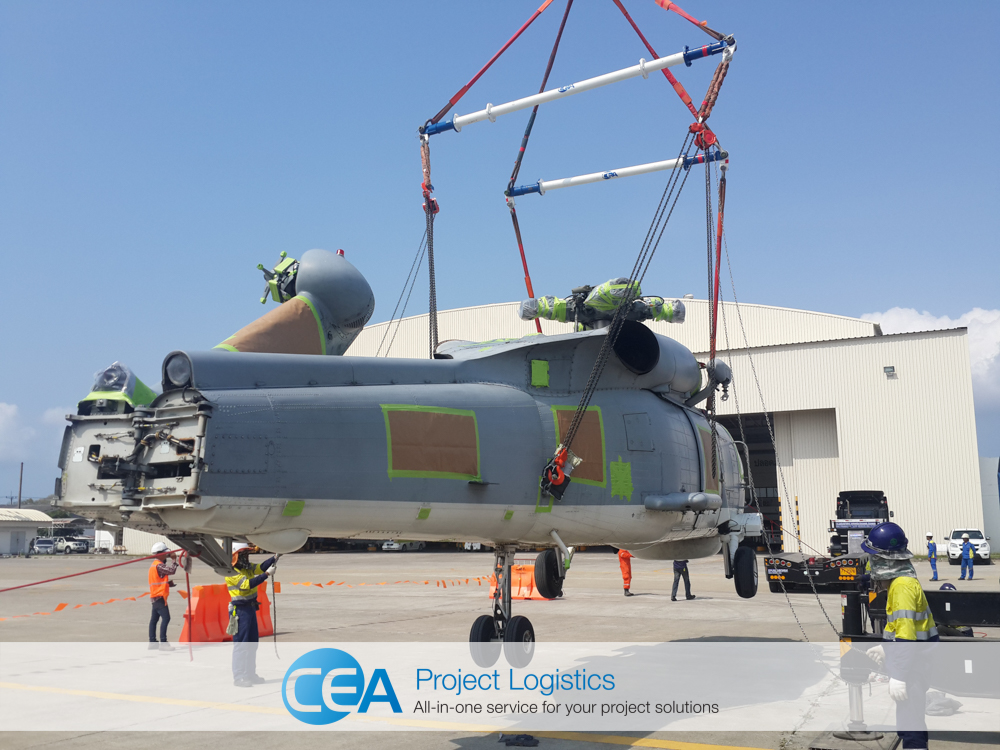 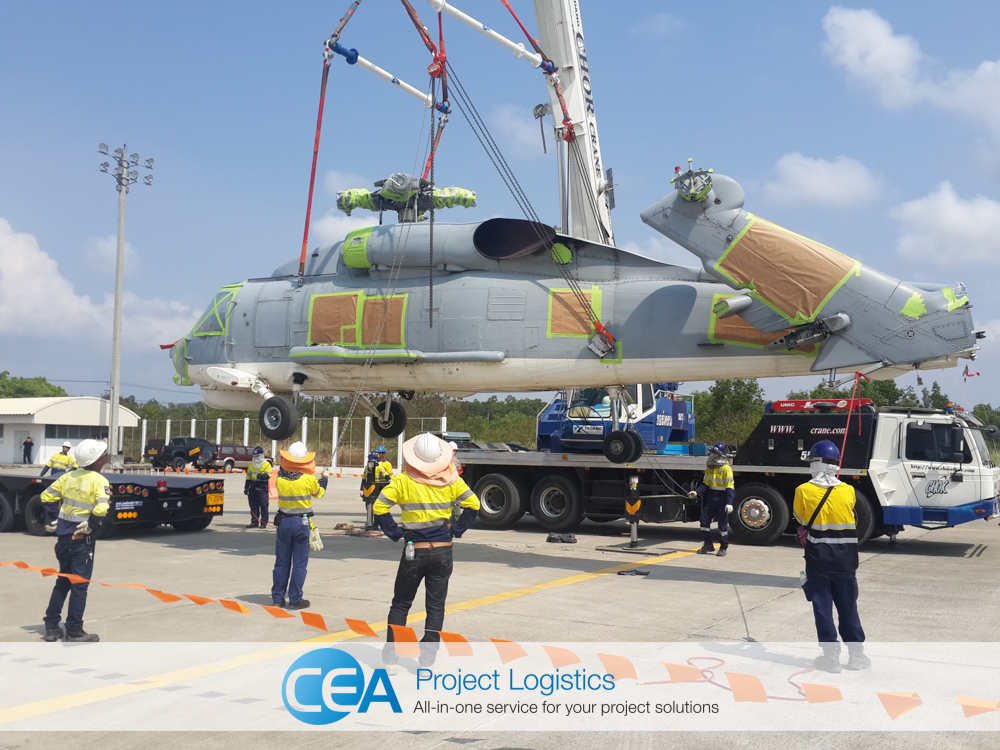 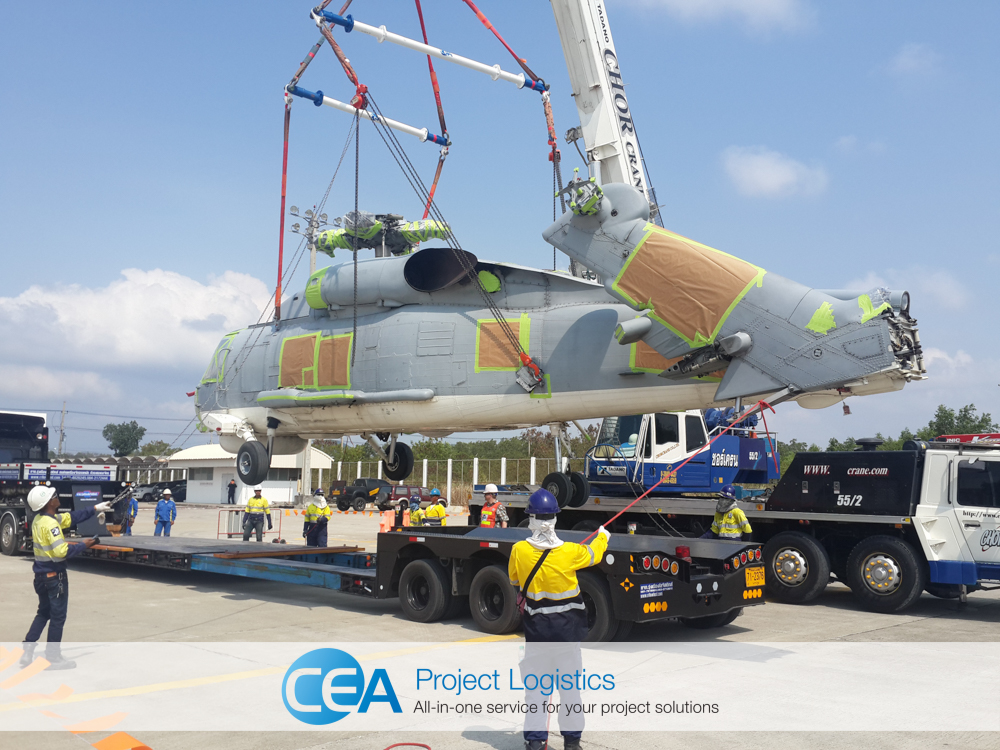 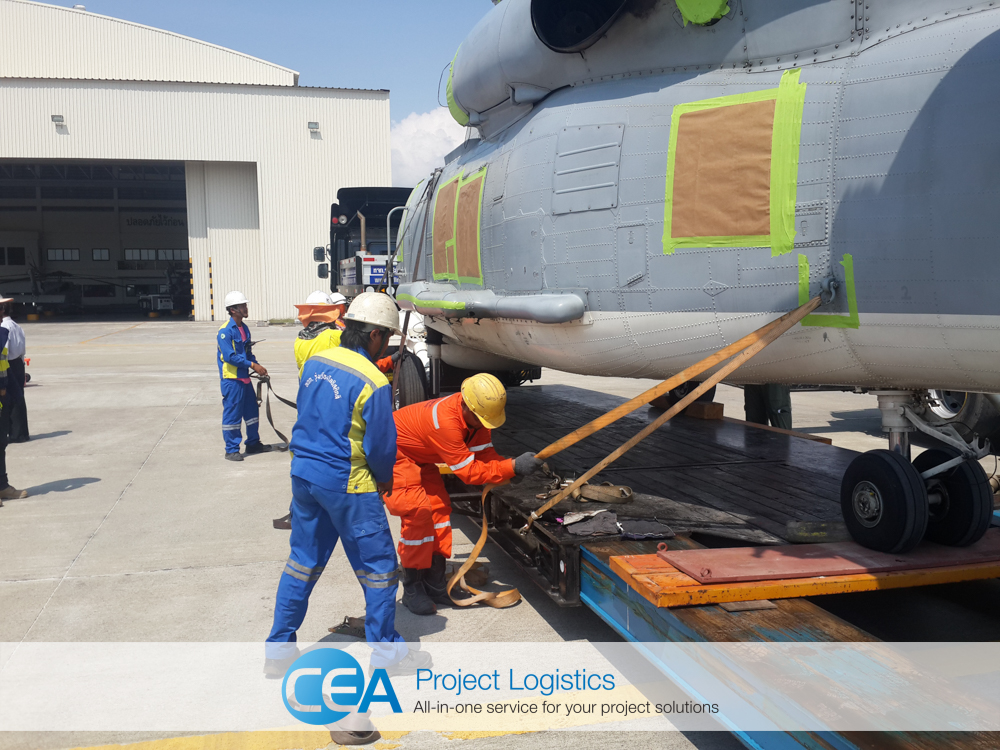 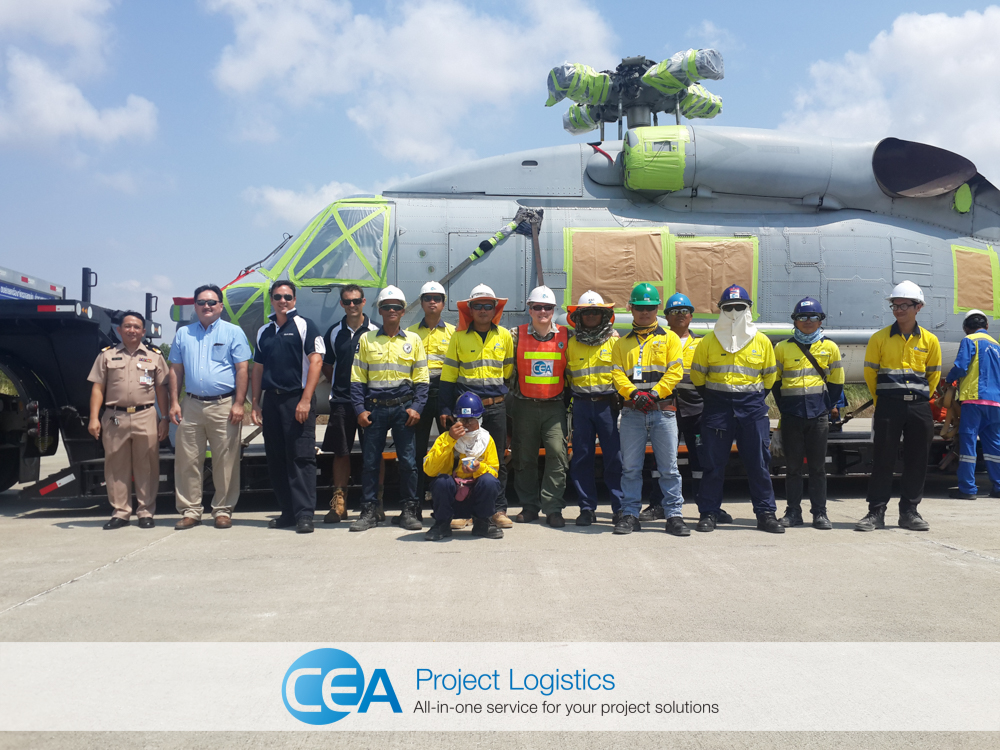 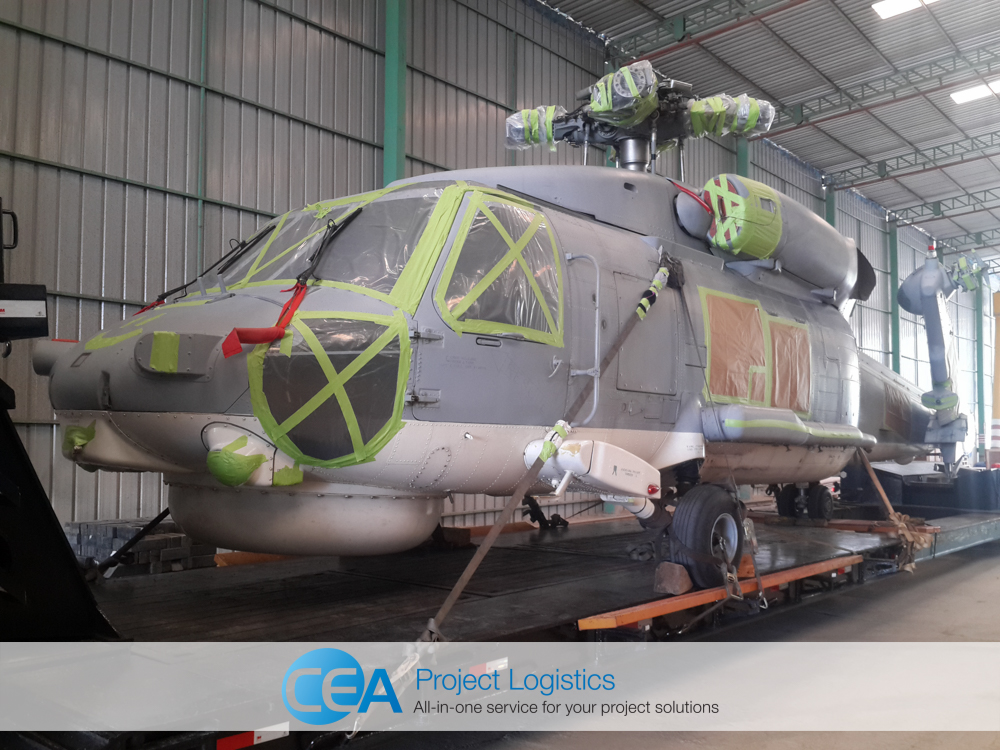 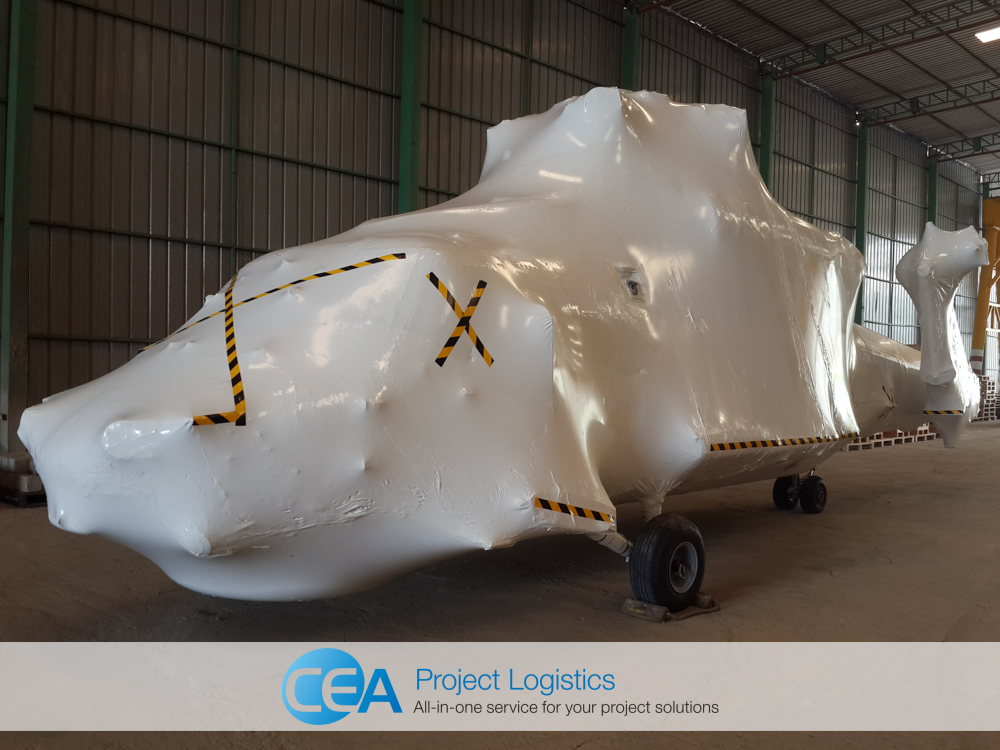 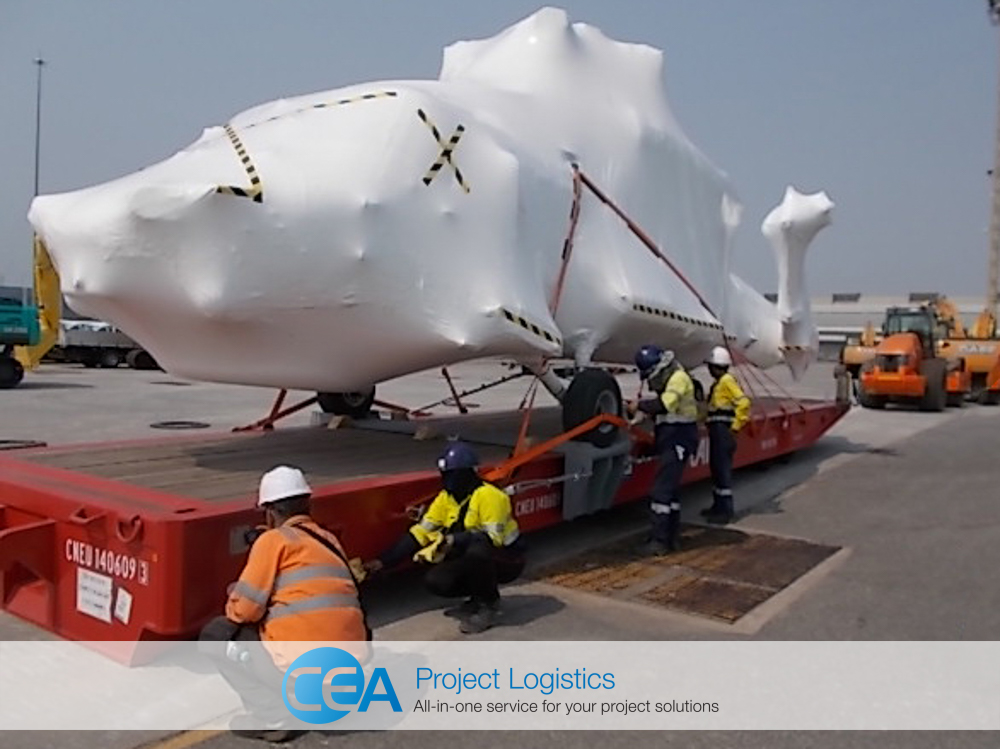 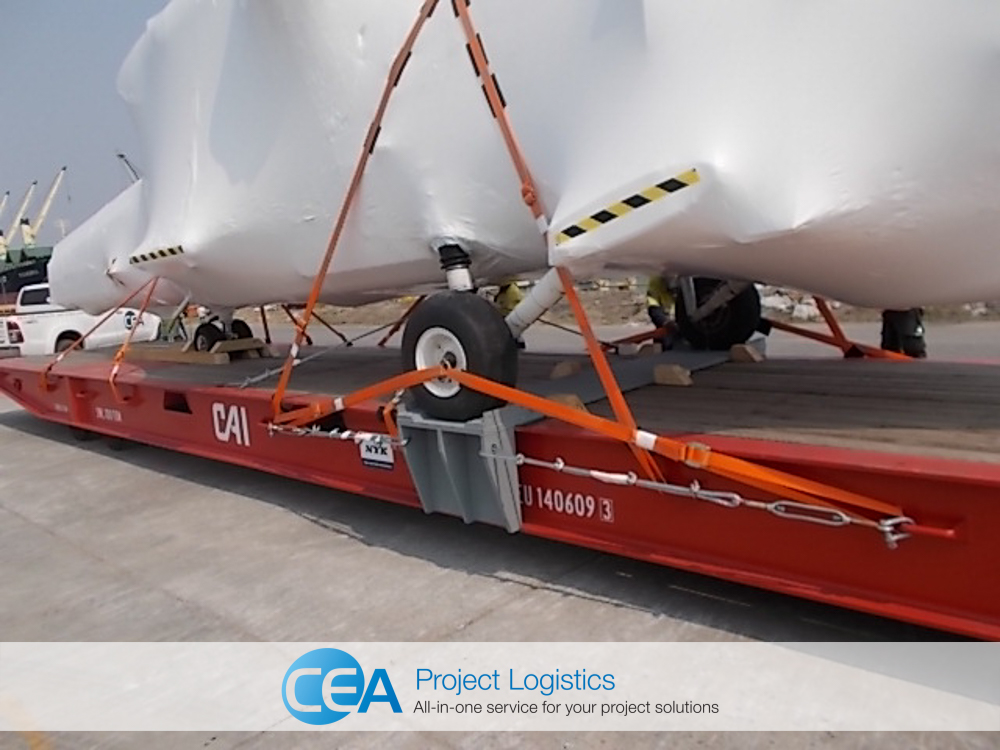 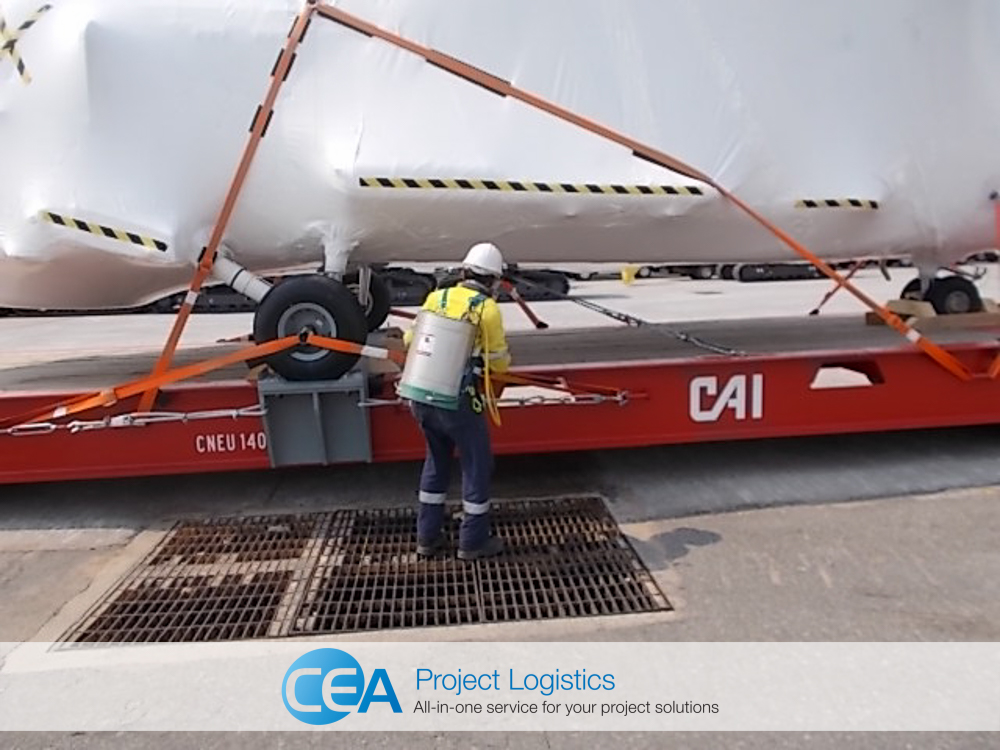